What’s your favourite music genre? For me it’s electronic dance music, mostly trance and it’s sub-genres. I listen to an insane amount of trance and love them so much that I rebranded my web hosting business to Trance Host earlier this year.

The tag cloud that you’re seeing below was created from over 35,000 songs that I’ve listened to in the last 5 years, tracked by the awesome Last.fm. 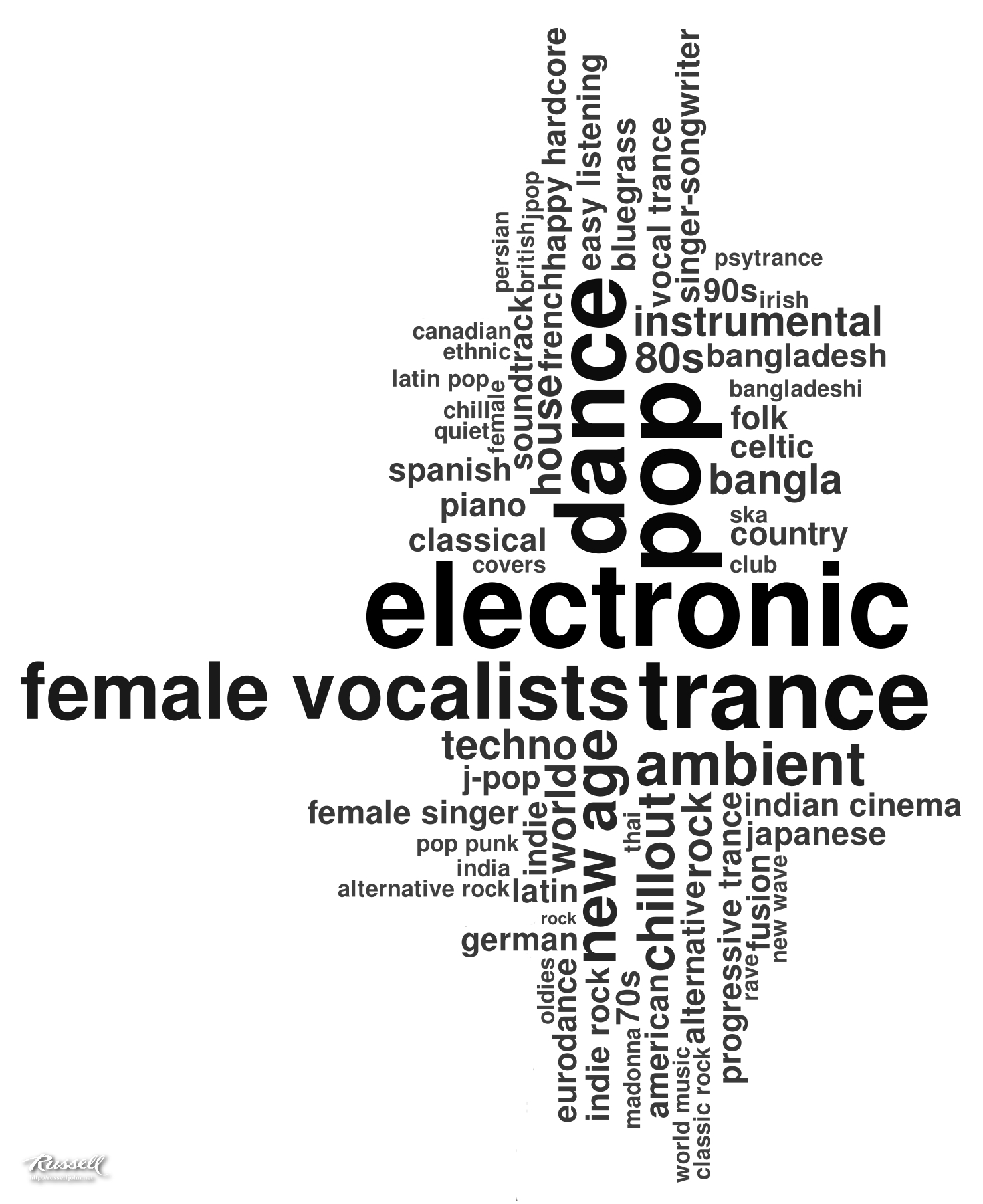 The female vocalists and the pop tag that you’re seeing is primarily because of Queen of Pop, Madonna. I’m a huge fan of her and I used to listen to her songs for months after months without a break or even getting bored. Madonna’s “Crazy for You” is my all time favourite song, I’ve listened to it for like gazillion of times! Other singers consisting the female vocalists tag are Enya, Carpenters, Shakira, Cascada, Ayumi Hamasaki and more.

My favourite trance DJs and electronic music producers are Armin van Buuren, Above & Beyond, Aly & Filla, Robert Miles, Paul van Dyke, Tiesto, ATB, Robert Shah, and Deep Forest. I don’t listen to house and hardstyle, they are too slow and too fast for me respective orders.

A new genre that I’ve been listening to a lot this year is Eurodance, mostly on my favourite online radio station Digitally Imported. Now that 2010 is almost over, let’s see if my taste changes and if I start listening to new genres over the next few years!