Politics is something I understand the least, and while trying to study it I realised it’s beyond my intellectual capacity with so many theories, philosophies, and ideologies — socialism, communism, capitalism, liberalism, nationalism, just to a name a few.

So in the quest to “know thyself”, I took the Political Compass test, which consists of 62 propositions in six categories, covering areas such as economics, religion, culture, and government. The compass classified me as a left-libertarian, placing me on the same quadrant as Mahatma Gandhi, Nelson Mandela, and Bernie Sanders.

I also got a cool printable certificate from them containing a lot of caricatures. 🙂 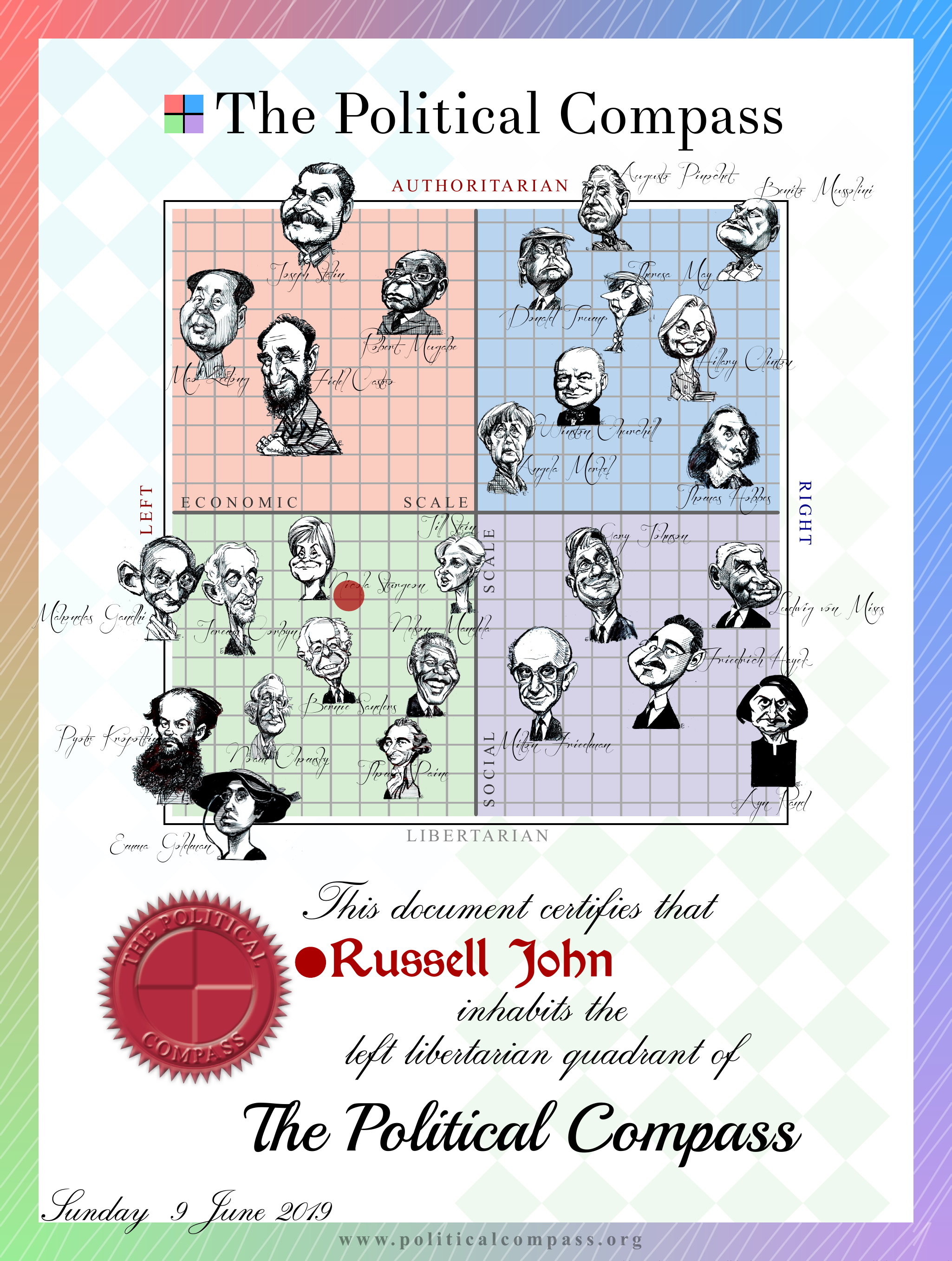 Take the test and let me know what quadrant you fall in!